As I made my way into the vast expanse of Big Bend National Park, I felt I was on another planet. I was totally unfamiliar with this landscape: the heat, the sun, the prickly plants, and, of course, the sand and stone.

At times, I felt the beautiful expansiveness of this protected area. At other times, death became a pervasive thought. As a pale-skinned Yankee, I couldn’t keep myself from thinking how dangerous this landscape seemed and how awful (and easy) it would be to die here. 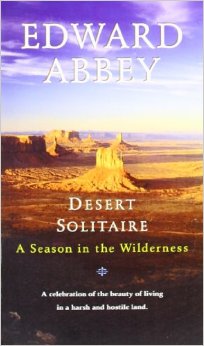 When I saw Edward Abbey’s Desert Solitaire in the Panther Junction Visitor Center, I grabbed it in the hope it would give me a different, more adoring, perspective of the desert southwest, even though Abbey’s book is more locally about Arches National Monument (now Park). (Or, as Abbey called it: Arches National Money Mint.)

Desert Solitaire is a swift, smooth and fun read, although it has the arid quality Abbey loved about the desert. Abbey spares no corner of human civilization from his clever and scathing observations. And, yet, Abbey doesn’t spare the desert either. His writing isn’t at all critical of the desert, but he definitely reigns in any emotion – and temptation to anthropomorphize the landscape, sometimes reigning in those tendencies in full view of the reader. It’s at once a dry and yet full-blooded embrace.

In an imagined (maybe?) conversation with a tourist: “Dusty? Of course it’s dusty – this is Utah! But it’s good dust, good red Utahn dust, rich in iron, rich in irony. Turn that motor off. Get out of that piece of iron and stretch your varicose veins…!”

In comparing the desert to the ocean or mountains and trying to differentiate the allure of each: “The desert says nothing. Completely passive, acted upon but never acting, the desert lies there like the bare skeleton of Being, spare, sparse, austere, utterly worthless, inviting not love but contemplation.”

Desert Solitaire was published in 1968, when Arches was a Monument and not yet a National Park, when the camping and facilities were rustic beyond our modern expectations. There seem to be few paved roads that Abbey traversed, for example. He even describes an experience with civil engineers tramping all over the park to plan road projects, which are, in Abbey’s opinion, a major threat to the national parks and wilderness.

Now nearing 50 years in print, Desert Solitaire still has relevance to our understanding of wilderness, national parks, the outdoors, and even contemplation and how to live as individual and collective humans. Abbey tackles industrial tourism while carrying us down the river for days at a time. He assesses us tourists with a sharp eye while opening our eyes to the beauty of the canyons and spires, even the snakes and spiders, he sees around him.

Reading the book in Big Bend National Park provided a necessary tweak in mindset. Just read: “If Delicate Arch has any significance it lies, I will venture, in the power of the odd and unexpected to startle the senses and surprise the mind out of their ruts of habit, to compel us into a reawakened awareness of the wonderful – that which is full of wonder.” 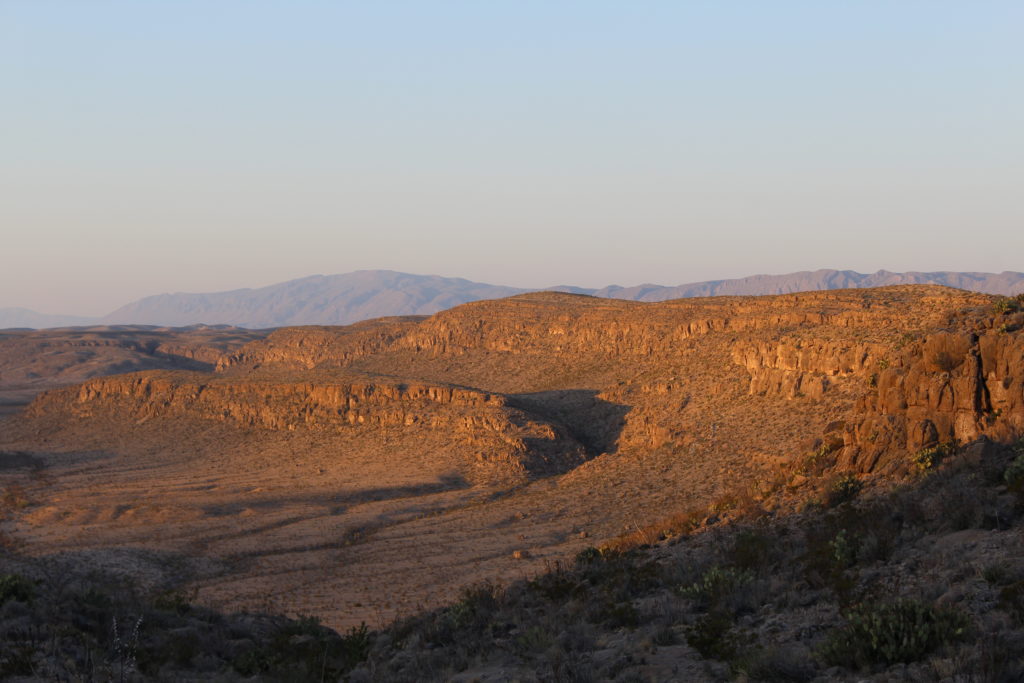 Abbey’s writing made me look at Big Bend in a new way. By the end of my week there, I was seeing more of the greenery, seeing the landscape as its own entity to be respected, not classified. I was also surprised by the contrast the landscape provided: I realized that much of my experience, despite being a pretty outdoorsy woman, is mitigated by comforting accoutrements of civilization, such as a vehicle, even a bicycle, air conditioning, running water, all kinds of technical clothes for both fashion and comfort for various sports.

When us humans are naked before it all, there isn’t much arguing with the landscape. And when the landscape is viewed naked with the human eye, it is a tremendous entity to acknowledge, respect and to be grateful to be allowed to traverse.

[…] Panther Junction, I browsed the souvenirs, watched a 20-minute movie on the Park, bought a copy of Edward Abbey’s Desert Solitaire, utilized the wifi and dropped off postcards at the Post Office. If you’re curious about the […]